Sawasdee
Started ok (kind of)...unfortunately my parents aren't well, so after taking Father to doctors Tuesday evening, I was a bit undecided whether to come to the The Land of Smiles, as they are more important to me than a few weeks here, but after parents insisted they are both on the mend, I set off....at 7am
Got to Humberside fairly excited, although nearly turned around a few times worrying about parents...
Anyway....not a good start once I got reasured from parents again that they are on the mend.... flight to Amsterdam delayed for a few hours due to wind!!! most on the flight had to postpone as their connecting flights would have left by the time they reached Schipol...
Anyway, finally got off and landed in Schipol with 2 hours to spare, so I was the lucky one, but I wouldn't have bothered if I had had to cancel due to worrying about parents...
Got on big paraffin budgie to Bangkok... I got the offer to upgrade for next to nowt.... to Business Class here I come!!! 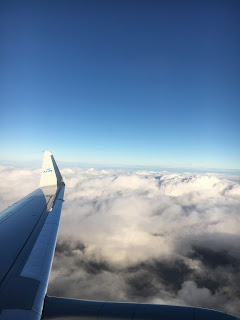 Picture on way to Amsterdam 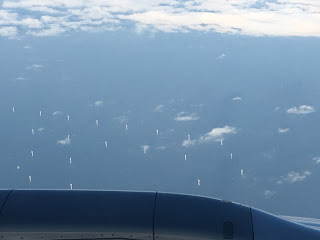 Some wind turbines in the North Sea 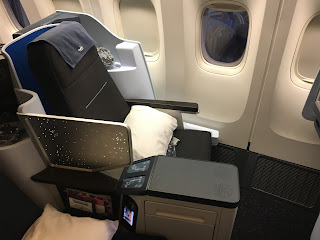 My seat (could get used to this) 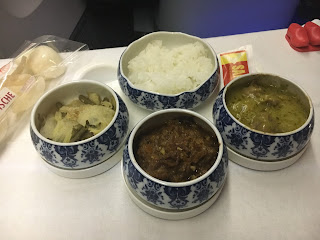 
Got to Bangkok on time and arrived at hotel....knackered!! so not much else today to note! Walked around Sukhumvit for a few hours, had a pedicure, foot massage, back massage and head massage lasting about 3 hours (fell asleep twice, poor girl had to keep waking me up) cost only B700 (£17.50) so that was bliss.....

Then Tuk Tuk drive up Sukhumvit to my favourite pub for tea, although it was called Queen Vic last time, but called Scruffy Murphy's now. (gorgeous Chicken & Cashew Nuts though). 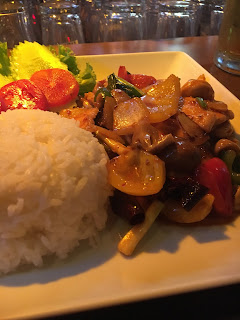 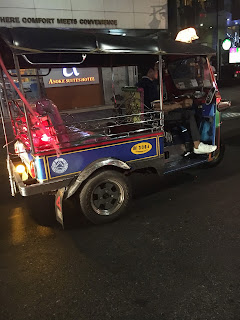 
Downside, no Bug Stall to be found, so the Cockroaches will have to wait until another day!

Tomorrow off to the Cinema, meeting my friend Beau's cousin, Kevin (Beau's husband) thought it would be interesting for me to go to a Thai Cinema, so looking forward to that tomorrow.