So last night I was on my way to have my tea when I last wrote .... and a great steak was had, although had the standard one as fillet was B850 (£17) so opted for the one a third of that price. 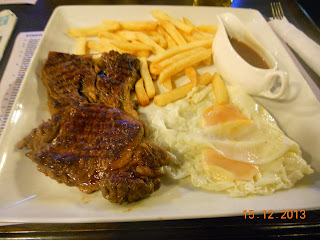 The place I had my steak had live football, which was a bonus, so I watched the Man Utd v Aston Villa match 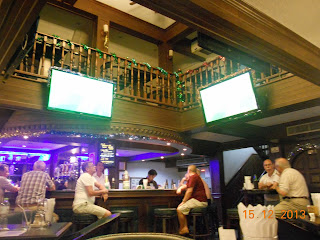 
So once I was full up, before bed, I though as it's just a few metres away I would just have a walk down Soi Cowboy. This little street was set up in the Vietnam war era, a place for the American GI's to have R&R. it's probably changed in a little since those days, however it is still a little wild.

So after a few minutes of walking around and taking a picture of local Thai Plod, I had 1 beer back in the Queen Vic, then bed! 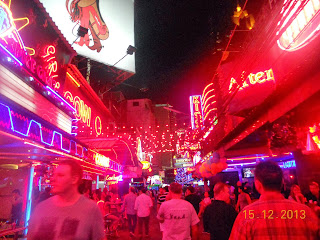 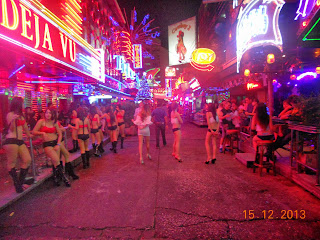 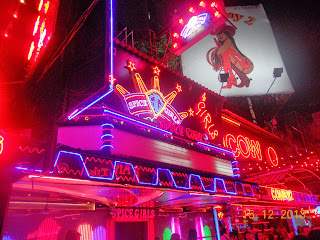 Another Go-Go establishment on Soi Cowboy 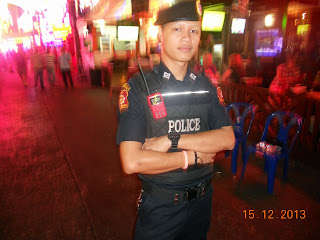 Today haven't done a great deal, had a little walk around then sat near the pool even though no sun, although it hasn't rained. Spent the last hour chatting to 2 middle aged Yanks that have just arrived in Thailand this afternoon on their very first visit, so after mistakingly saying I had been a few times, they wanted to know all the do's and dont's about being in Thailand, so they are now very happy with a lot more knowledge from me, to allow then to enjoy their stay!