Thought today I would do a little sightseeing, but places where I probably wouldn't go without my tourist guide. So with the help of Rattana by language tutor (now tourist guide as language tuition didn't work)

Our first stop was the University of Chiang Mai. Here they have the most wonderful collection of old Thai houses from the last 200 years or so. As far as I know in certain parts houses are still made in Thailand like this, and I can see why. They are practical and cheap, and you don't need planning permission. Most of the ones consist of about 3 rooms, a living room, a bedroom and a bathroom, then on the balcony you have the kitchen.
The wood tends to be teak and the reason they are raised above the ground, to avoid flooding. 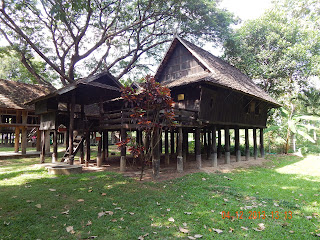 One of the old Thai houses


Then after the tour of the old houses, we went to a Wat. The one today was called Wat U-Mong. It was is the most wonderful setting, which was in a Thai forest, with plenty of wildlife roaming around (as per picture below of a Thai chicken). Also in the grounds were some tunnels, which I believe we're used in the olden days to assist travel within the Wat complex. 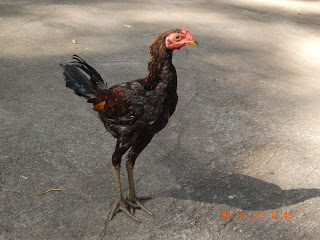 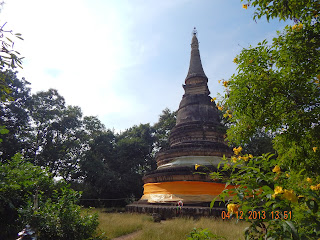 
Then after about 4hrs sightseeing Rattana dropped me off so it was tea time. Nothing too exotic today, just chicken (although not the one as pictured above) with cashew nuts and rice...and a beer 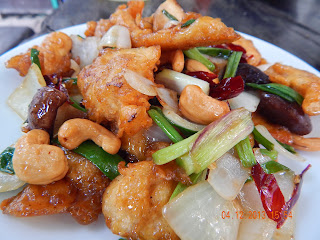 Well that's today done. Off to bed now as don't feel that well, I think I have been bitten by some big mosquitoes!!
Tomorrow morning I have booked a drawing course (seemed like a good idea at the time). So off I will be going at 10am to do some drawing for 3hrs.